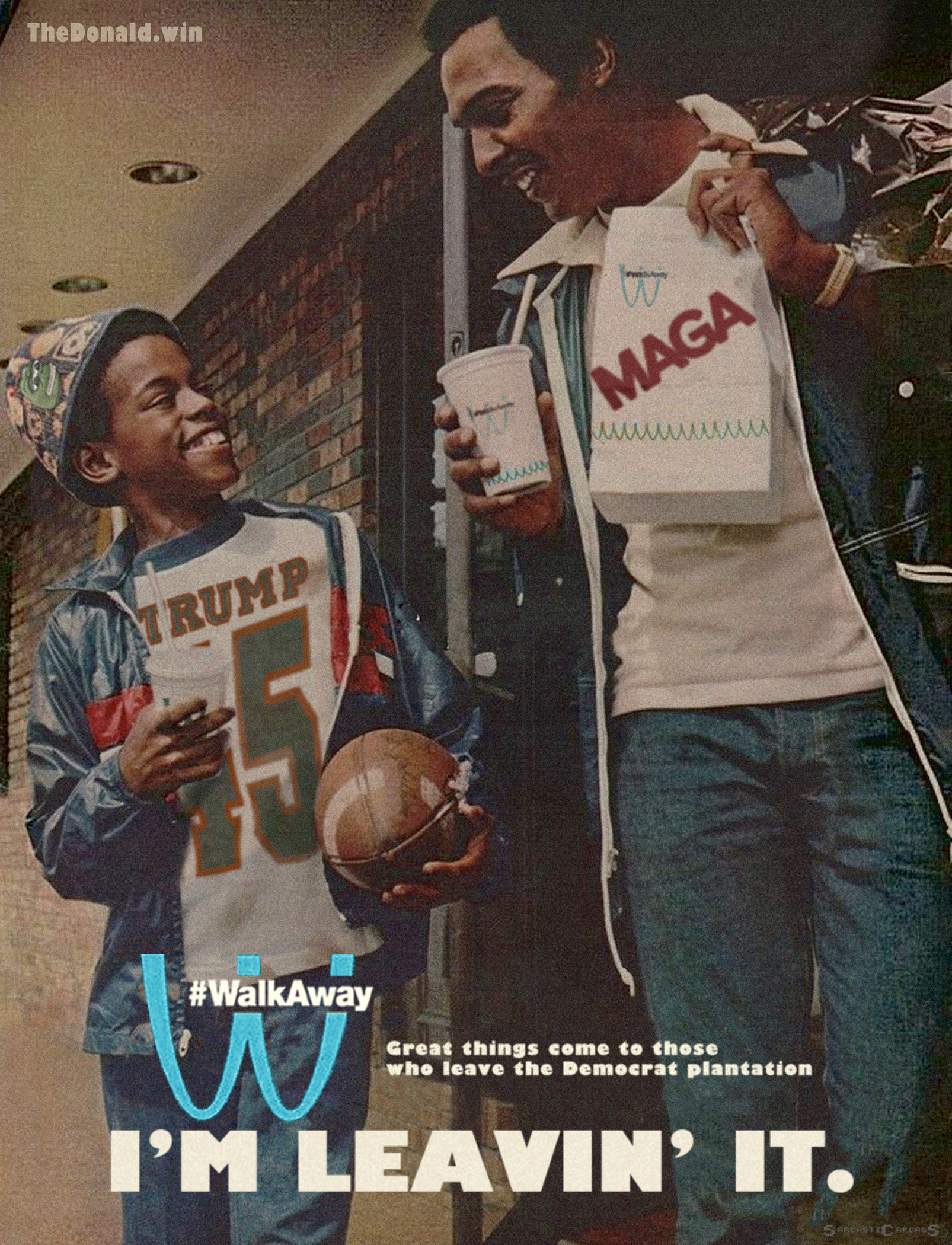 I was just going to ask. I find the technical details of the polls tell a much better story then the leading numbers. Look at their polling groups to see how they are skewing the polls and find what they are hiding.

How so? I know little about the polling process.

But I’d love to learn how to be able to better discern the data.

A lot of people misunderstand representative samples. There are generally more democrats in the general population than republicans, and more democrats respond to polls, so, you might have a sample like this:

25% republican, 55% democrat, 20% independent. And you say, wait, they oversampled democrats! And yes, they did. But they then weight those votes to how they believe the greater population is. So if they think that the greater population should really be 40/45/15, then they will weight each democrat votes as 45/55ths of a vote, and each republican as 40/25ths of a vote (or 1.6 votes) so that their sample ends up reflecting the total. This, correctly!, DOES NOT oversample democrats, even though the raw numbers look like they did.

I oversimplified it. In reality, they do this process, but with like 10 different variables, and this makes them vulnerable to bias (intentional and not). Like, they might expect 30% of a state's population to be African American, but only got 14% of respondents checking the African American box, so they skew results by weighting those votes higher. But more African Americans vote democrat, and they already weighted to remove oversampled democrats, so they have to weight them a bit higher AND a bit lower in various amounts. And maybe 25% of respondents were 18-25, but that's only 14% of the population, so we skew them to match too.

Big picture time: The pollsters have 2 conflicting beliefs. 1. They believe their results matching reality influences their reputation and income. 2. They believe their results influence reality so that predicted winners (the definition of which varies by poll/topic) influence actual winners. i.e. if a poll says Burger King has the best french fries, more people will actually believe this is true, and say so in the future. With a dozen representative variables to tweak, they can make it say what they want, to an extent. So they usually end up reporting something between what is real (because being wrong hurts their rep), and what they want to be real. Likely voter polls account for how many of given demographics actually vote, and I consider them to be the most accurate, though Rasmussen tends to be the only LV player in politics town, and usually skews data towards Republicans.

This is the type of post I wish I could save to refer back to later.

Great to read. Thank you.

Recent polls have started mixing Hispanic into caucasian when the numbers get too high.

Look at the underlying methodology, who do they discount. Then how they weigh groups(likeliness to vote, this is the key to manipulating polls). Often they over weigh democrats, assuming a blue wave every election. They discount people that dont vote every election (usually reasonable but that why Hillary was polling at 99% and lost). Hispanics or AA that say they are moderate or conservative are totally discounted as if they think they wont vote or were joking.

It's so strange seeing multiple posts per hour on .win. We need more community here though, not enough comments yet.

My biggest problem so far with comments and community building:

lack of a context link to replies to your posts. I post things, I see other people responded to it, but I can't find their post to respond back and have an actual conversation. Much thanks to thedonald.win for building this whole thing, so this is coming from a place of love and wanting to succeed.

Agree. This place is great, has a few bugs, but I love being with you pedes.

Finding the replies to posts is quite a task. Maybe if they could change our username to a different color so it would pop out? Like that other site--can't remember the name right now.

Constructive feedback is a good thing.

Replies to your comments show up as messages (message icon at top of page) Click "permalink" on the reply you want to respond to, then "reply" or "show entire thread" for context.

I know it's two clicks instead of one, but isn't that what you're looking for?

Yeah I was going to wait until /r/T_D was kill, which in my opinion it practically is. Idk what everyone is waiting for, there's only like three posts a day on there now. It's literally impossible anyone with above room temperature IQ who browses /r/T_D isn't aware of this site.

I thought Russia was supposed to work!

so glad to see those amazing memes over here

Meme quality has noticeably grown since the T_D MOD purge

You have no clue what it was like a few weeks ago. I would come here several times a day (in-grained habit from the site-that-shall-not-be-named) and would see the same things on HOT for the entire day.

I was in complete meme / Trump high energy withdrawl.

So glad to see you all here!

This kinda feels like a big deal. It may be just me, but it seems like there has been a shift in what I'm seeing in my social media. Seems like they are resigning to the fact that Trump is going to get reelected. Not because there's too many "racist Trump supporters" but because he's simply not the boogie man they are trying to paint him as. And doing an undeniably good job...

Jesus, I hope you're right. Can we return to a modicum of sanity in this country?

Don't ever believe another poll, regardless of the results. We didn't need the polls to win in 2016, they are nothing but fake news with weighted pools and we know they don't matter. Assume we are behind and fight harder than you have the last 5 years (including 2015 in our years of fighting for Trump).

I geuninely fear the three Bastards: Bernie, Biden, and Bloomberg. Each of these has strong appeal among selected demographics that could spell doom. Bernie for the socialist, young, and non-white crowd. Biden among blacks, the elderly, and the ones who say "I want politics to go back to normal." And Bloomberg for the middle class and the neocon/NeverTrump Republicans.

My NeverTrump pastor, who has been a Republican for 30 years, is voting for Bloomberg.

I don't fear them. They have a big machine behind them so fighting hard is needed of course, but they don't actually have appeal to the country at large, especially on issues.

Bloomberg owns a media company and is a dirty businessman unlike Trump. The shit Bloomberg gets in to with a fake news producing company is all you need to know about his mindset and who he is helping (the Soros deep state crowd). Was a lefty mayor with bad ideas. Bernie is insane unless you're a college student or a permanently brainwashed millennial. Biden can't win an argument with himself. Literally Trump could play ads of all the shit he's done and said since entering politics. People are embarrassed when they go to watch him at a campaign event and he does and says.

I'm thinking their sphincter at the lower end of their alimentary canal is relaxing, as in they are shitting themselves.

It’s a long time until November, pedes. Stay vigilant. They have more desperate tricks up their sleeves and plenty of time to pull them out.

Trump really is the best. It's a no brainer!

For the first time? The hell?

Translation: We can't deny it anymore.

I'll say it until the day I die; the only thing that makes the "Black Community" so shitty compared to the "White Community" is that the left successfully destroyed the Black Family. Be a Father to your Sons and Daughters and they will grow up to be great damn people, no matter the color.

Statistics are fun. Aside from sampling, you also need to understand that the Electoral College decides the vote... so Trump can lose California 10M to 1 and it is the same as 5,000,001 to 500,000

So, if the samples contain NY and California voters, they actually would bring the disapproval rate up, which means everywhere else must be much higher than the average and being dragged down.

Polls are less "scientific" than your daily horoscope. Why even post them here?

Because continual polls from the same firm using the same methodology may not be directly accurate, but they do show trends. This shows that Trump is continually trending higher with every day that goes by because the Democrat party is a dumpster fire.