So...let’s get this straight. Trump complains about the Stone case. Anger from both sides ensues. Schumer loses his mind and calls Barr to the Senate. Barr agrees. He will appear March 31st to detail this clusterfuck of a case (i.redd.it)
posted 147 days ago by TrumpsWall 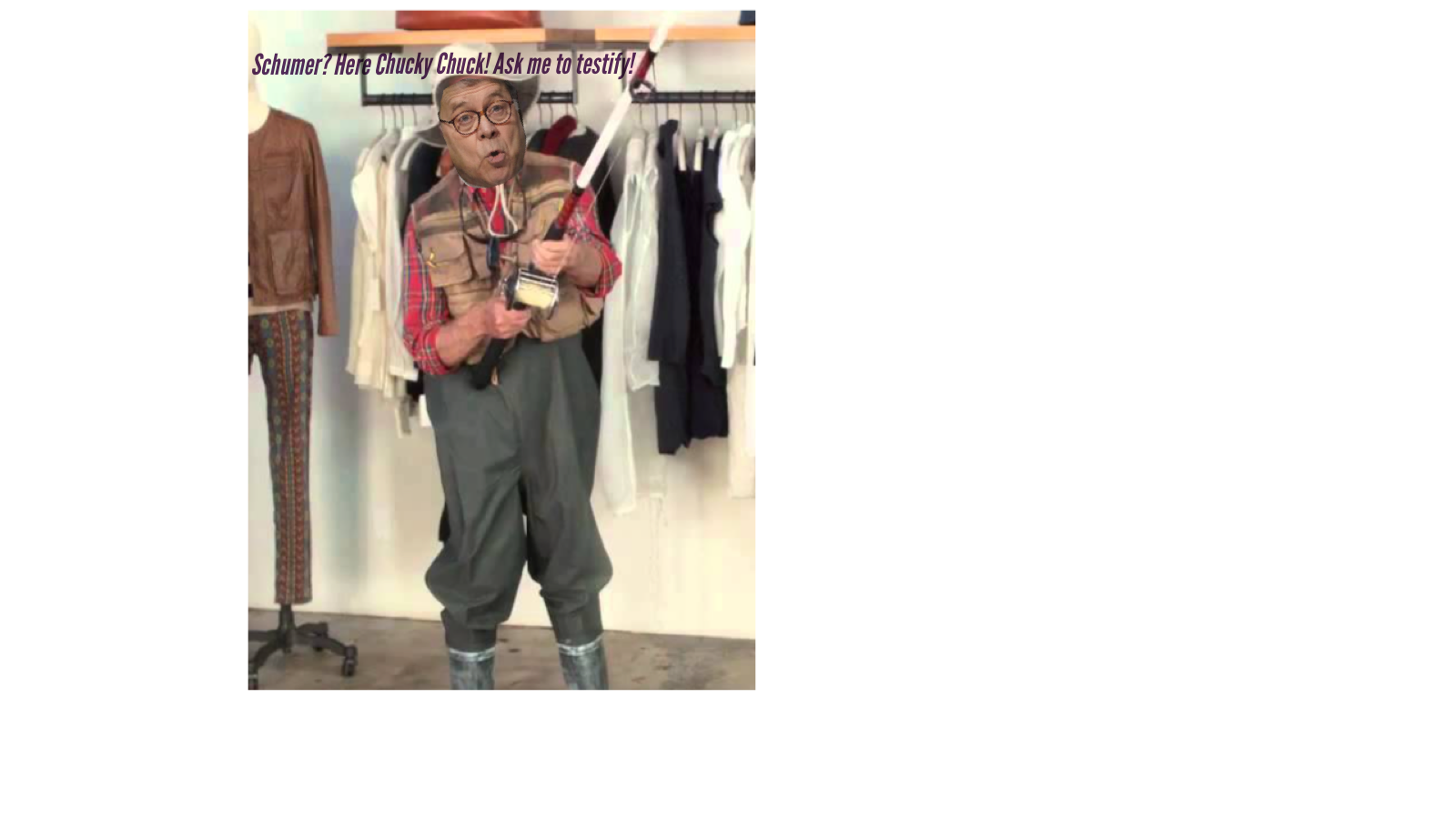 Now we have Barr publicly stating that the President's tweets make it hard for him to do his job. And as we all know, any opposition to Trump means that they become the media darling of the Left for a day. Since they put all their eggs in one basket, they're going to side with Barr over Trump and DEMAND that Barr be allowed to finish his investigations without Presidential interference, thus leaving Trump with clean hands when the hammer drops.

Barr hasn't seemed like the kind of guy that would complain in public like that, better control. Maybe it is a signal not to queer a case, or a rope- a-dope as you say.

He strikes me as a guy who takes his Department’s independence seriously. He’s loyal to Trump, but he’s also his willing to publicly disagree where he deems it appropriate. I legit think he’s one of the better hires Trump has made.

He’s a straight shooter who will make it known when he thinks there’s something that could be done better. Having that impartial perspective from an experienced AG is an invaluable asset, one which Trump has clearly leveraged pretty heavily since hiring the guy. Notice how much less we’re seeing of these bullshit nationwide injunctions from some guy in Hawaii/Cali as of late?

Either way it works. He’s either involved in a 4D chess move to create a public perception of a rift, in which case one dimm talking point is smashed, or the rift is real, but minor, and calling him will only further expose dim corruption

The media will never side with Barr. When Guilliani stated that he was giving info to the DoJ, that’s when the Dems started going apeshit and throwing all this slander at Barr and Jordan and Nunes. Did you see the new OH state wrestler who just now wants to make new accusations against Jordan about his days coaching wrestling? Weird how that happened right after Jordan was elevated to a new position where he’ll be Chair of the HJC if the Republicans win-back the House.

It’s all going to come out. That’s the thing about truth and facts - you can scream, holler, thrash and gnaw, but facts don’t give a f*ck. The corruption became too massive to hide without HRC as POTUS and they knew it.

Barr’s statement was perfect. It shuts down the whole Trump meddling in the Justice Department narrative. Meanwhile Trump was right to complain publicly about Stone’s treatment.

No! He could've shut down meddling thoughts without publicly criticizing Trump. Immediately suspicious and makes a lot of us think he may not be good for that position.

Trump is putting pressure on Barr to do his job properly although I think Trump jumped the gun too quickly on this because, the prosecutor only made sentence recommendation of 9yrs.

Trump should have waited to see if the judge actually followed Prosecutor sentencing advice of around 6 to 9yrs before Trump tweet storm about the injustice then Barr will have no cover from the outrage.

Well, the story is they asked DOJ for a lower sentence, then changed it without review to 9 years when they gave it to the judge, then resigned before they could be fired or disciplined and pretended like it was for noble reasons.

It's not just the sentencing.

How about Barr not worry about or comment Trump's tweets. Trump's tweet are not making Barr's job impossible.

What's the point of this?

Or perhaps Trump is wrong and he shouldn't make public statements about cases so Barr can do his job?

He got the story out about what happened to Stone, and the juror, which is unjust on its face.

It's just like the situation with Biden in Ukraine. The corruption is obvious on its face, and the stupid Democrats got baited into trying to impeaching him over it, thus making it a national story and crushing Biden's campaign.

This thing with Stone is indicative of the entire Mueller prosecution efforts. If Democrats tried to impeach Trump over it again, the effect will be two-fold: crazy liberals will hate Trump more and become more unhinged, and sane people will be made more aware of just how unjust and abusive the Mueller prosecution was.

People keep on worrying that Trump will look bad, like he's abusing his power. The people who are inclined to believe that already do believe that he's literally Nazi Hitler 2.0. Trump has nothing to lose with them anyway.

And if Barr has a problem with Trump it's good to find out now, so that we can flush him out and get a real prosecutor in there.

And let the Republicans try to go against Trump. They don't dare.

Strategy dictates that Trump needs to be bold now and start cracking heads. He owns the electorate.

True. But the gory details Schumer and the Dimms are begging for, televised for a national audience, will not be kind to their cause?

Barr's public comments are very curious to me.

If he had a problem with Trumps tweets, why not have a private conversation rather than a public scolding?

Is he just hoping to get the dems off his back or is he going to blame trump when he declines to prosecute the dc swamp?